EUROPE - ALL THAT'S GOING ON 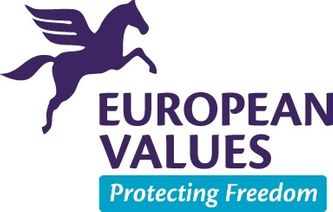 Fighting for Europe's values!  We often talk about them. But what are they?  Are they concrete? And are they legally binding?

The short answer to both questions is:  YES !

The EU agreed in 2000 a Charter of Fundamental Rights of the European Union. It consists of 54 concrete articles.  And as the Charter became part of the Lisbon Treaty in 2009, it is now legally binding for all member states, and for EU institutions alike.  When you as a country have signed the Treaties you are obliged to follow the rules.  And if need be the European Court of Justice - and all national courts - are obliged to follow them.

What are the main chapters of the Charter?

1. Human dignity:  the right to life, prohibition against torture, slavery and death penalty and human cloning

3. Equality:  equality before the law, prohibition of all discrimination incl. on basis of disability, age and sexual orientation, cultural, religious and linguistic diversity, the rights of children and the elderly

5. Citizens' rights:  the right for EU citizens to vote in elections to the European Parliament, and the right to move freely within the EU.

6. Justice:  the right to an effective remedy, a fair trial, to the presumption of innocence, the principle of legality, non-retrospectivity and double jeopardy

These European values show the difference with the situation in most of the world, including  Turkey, Russia, China, and to some extent the United States.

And any European country wanting to join the EU as a member has fully to subscribe to these values. It does so when it signs the accession treaty.

The United Kingdom has in connection with the ongoing Brexit process indicated that it after having left the EU no longer intends to follow many of these values.  This is, of course, worrying a lot of people in Britain.

The binding European values are a very important part of what makes Europe special and what makes it much more than just a single market and an economic entity.